After a month or so completing a granite apprenticeship in Squamish and the Bugaboos, one might expect that the classic North American climbing road trip would continue South with the valley in mind. Our climbing trip certainly continued South, but only to the American border.

Probably best to ask me in person what happened here, as I don’t want to become an enemy of the state by writing anything too spiteful on the internet, I think I’m already blacklisted. 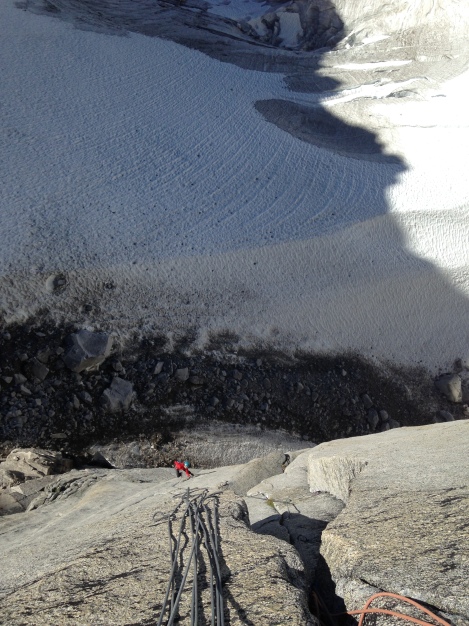 Returning back to a bleak Squamish (think Llanberis winter, but more rain) we sought solitude with Neil and Jenna (thanks so much for all your help guys) and twiddled our thumbs. Being rejected from a country is a surprisingly depressing affair, and it must have been weird for Neil to see us moping around like little lost boys. I appreciate that this a completely first world problem, as we could have technically have gone anywhere else in the world, but we still felt sorry for ourselves.

A week later, given that it was in the relative vicinity, Mexico was our new land of opportunity. There seemed to be some big faces scattered across the country, and with no friends from home having climbed over there we thought the unknown would be fun to explore. Mexico has a bit of a bad reputation which I admit was slightly off putting, so in this respect we were also unsure what to expect. We did know however that we would have to have our wits about us when we got there, which isn’t our forte.

Fortunately for us though, Mexicio’s reputation is all media bullshit and we could continue to wistfully float around. The people were all so genuinely kind and helpful and before we knew it we had lost any inhibitions that we may have had about our safety; happily hitching about, falling asleep in taxi’s, losing each other and being led into remote valley’s by a man with a gun.

Our first stop was the slightly out of season and therefore hot Potrero Chico which has undoubtedly been made more famous than is perhaps deserving by a certain soloist. This, as we would later find out is by no means the jewel of Mexico climbing, but between a lot of quite average routes there is some quality. The Outrage Wall and Surfa Rosa Cave offer some fine sport climbing which wouldn’t be out of place in Spain, but the main attraction here is El Sendero Luminosa 12d (The Shining Path) on El Toro. This would be my first venture into the world of big (ish) walls and their techniques and it was a brilliant couple of days. I think it’s just under 600m (?) and feautures technical face climbing on crimps and smeary feet as well as more traddy pitches following cracks, finding perfect rock between the Cacti. Me, Jack and Henry set off to climb the route in 2 days and did so, sleeping on the ledge half way up. The hauling didn’t seem to be too bad and I was pleased to pull off a flash of the route. However, the ease of general big wall techniques and success lulled us into a false sense of security for later challenges.

For our trip, Basaseachi seemed to hold the most questions. When we first arrived in Mexico the area seemed quite intimidating. We knew it was cartel land and had been told of men wondering round with AK-47’s in the regions capital, Chihuahua, and trucks being pulled over by pick ups full of armed men. Furthermore, we had been told to access El Gigante you would need a guide as not only was it hard to find, but you also crossed the paths of opium fields and their farmers. As, like I said, we grew more comfortable it seemed like a less intimidating prospect. Whilst you probably don’t want to wander around the town of Basaseachi at night with a Tecate light (3.5% pisswater the locals drink)  in hand, we felt just as safe as everywhere else we had been.

For climbing El Gigante, our first task was to locate a guide, which in our incredibly broken Spanish was hard work. After a few days of trying our luck we had some loose arrangements and packed our bags for Amapollo Express. For the walk in we had heard everything from 2.5hrs to 9hrs so were unsure what to expect. After an early start which in hindsight should have been earlier we met our guide and started the approach.

Within minutes our guide seemed to have his gun out. In a mix of gestures he appeared to be telling us to be quiet so that we didn’t wake up the people at the nearby ranch, and then signalled to his gun. Were the people at the ranch going to shoot us if we woke them up? Who knows, we thought it would certainly be a little over the top if so. Me and Henry just carried on walking, quietly.

Half an hour later the gun was back out. Not expecting an ambush from the cartel me and Henry were again unsure of the necessity of the gun. This time the danger was apparently Pumas. Me and Henry just carried on walking, quietly.

5 hours later, much later than we planned to get to the routes base, the gun was back out. This time the supposed danger was obvious as we began walking though some Marijuana fields. Me and Henry just carried on walking, quietly.

Now at the base of our wall we looked up to see 100’s of metres of wet climbing on Amapolo Express. By chance I had another topo on my phone, for Logical Progession (13a), so that was the new objective. We packed the now unnecessary trad rack to the bottom of the haul bag and cursed it for the next 900m.
With a 3pm start we raced up the first 6 pitches for a 2am finish. My memories of this first day were just darkness and frustration. Going to sleep at the end of that day on a portaledge which had taken 2 hours to assemble, I just couldn’t imagine how we were going to be able to get to the top and meet our guide in 3 days time, which with no phone signal we had to do. The hauling was completely fucking us, and we already felt drained.

After 5 hours sleep day 2 was more of the same, and I now also didn’t have a belay device. Arriving at the first 7c+ crux I could tell I just didn’t have anything in the tank. Fortunately the crux was steep and bouldery so I fell off, and with a token 5 minutes rest at the belay I set off again and fell again. With only 3 pitches done that day we had to carry on and did a whole 3 pitches more.

Day 3 started with a traumatizing shit where I missed the bag. Keeping in line with previous days we did another 6 pitches, leaving us a grand old total of 10 pitches to do on the last day as well as the second crux. This was almost twice as much as we were apparently capable of.

Day 4 we awoke to a bitterly cold morning and were not looking forward to the day ahead. The first 7b pitch was grim, and so was the next, and then it warmed up. Fortunately the bag was also obviously at its lightest and we were taking much less time on the hauling. Compared to previous days we were positively flying upwards and found ourselves at the second crux with daylight by the hours. With less energy wasted on hauling a bag I was pleased to onsight this and Henry had had his best day climbing wise too. The best pitch of the route was still to come though, an incredible Monsant-esque 7b arete with 850m of exposure.

We impressed ourselves and topped out with light just about still in the sky. On that last day it started to feel like it was all clicking, but I did forget the jumars for the last pitch. The climbing on the whole route was brilliant, with hundreds of metres of Tremadog in the central section leading into Monsant to finish.

After a baltic night on the top we now had the walk out, supposedly 3 hours it took us 6. Our guide eventually met us and after stealing some fresh apples from a farm with him he took us home.

Basically, between each climbing destination in the North we had brief visits to Monterrey where we had our little two weekly ‘blow outs’. Next to Monterrey however is a national park called La Huasteca which has some pretty impressive walls of limestone, feeling amazingly remote considering the city is merely minutes away. One of the largest walls in the valley is on Pico Tatewari. On a later visit to the city we decided to put some effort into climbing a route on this wall instead of trying to find a dark room with techno in it (which we never found).

Our first encounter with the wall came after being dropped off in the dark aiming to climb another route. We were hoping to be at the base of the route for first light but not knowing where the face was or actually being able to see it, and also not knowing where we were, meant that needless to say we were not at the base for first light. After waiting for the sun to rise we found the ‘path’ through the cactus and got to the wall too late for plan A. Instead we decided to have a reccy up Pau, a route in the centre of the face established by Uri Anglada and Marisol Monterrubio and were well impressed. 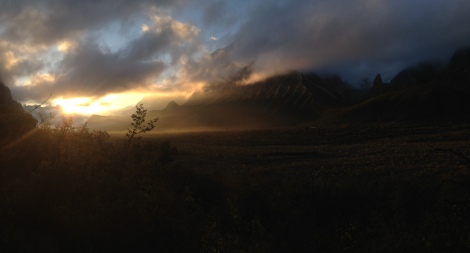 A few days later we returned and climbed the route over two days, making the FFA in the process. For our ascent we experienced both ends of the weather spectrum. From falling off the first pitch due to numb hands on day 1 (4 degrees), to not even wanting to touch the rock in the mid day sun on day 2 (27 degrees).  The climbing was that kind of just off vertical limestone where you never really get pumped, but you are continually on your feet and feeling around for edges. Pretty British I guess. The first and third crux pitches revolved around bridging out what felt like very shallow grooves whilst tick tacking around for edges, the middle crux pitch featured two slabby boulder problems on gastons and pinches. The real crux of the route however was the approach, bushwhacking through cactus left a few choice words in Liams wake. 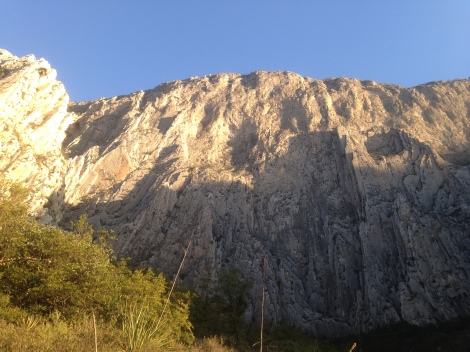 Mexico is one of those countries I had seen pictures of, thought it looked cool, but never really thought I would travel there anytime soon. Whilst I probably wouldn’t say I was pleased to be rejected from the states, the feelings don’t seem too bitter anymore. I have just written about the walls we sampled in Mexico so as not to make this piece of ‘writing’ too long, but the sport climbing has also been brilliant, and the bouldering too certainly doesn’t look toss.